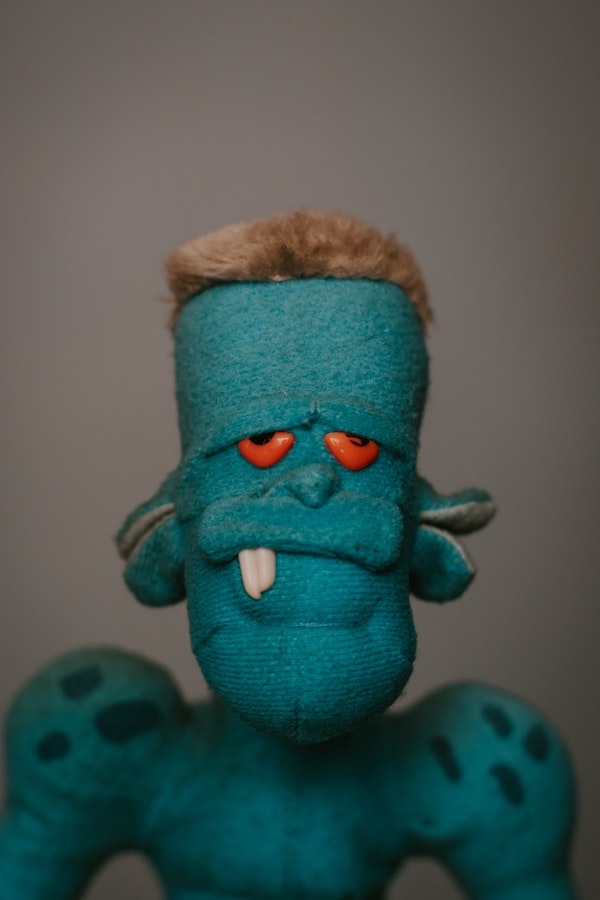 The premise for Issue #38 was

We challenged contestants to write a creative, compelling, well-crafted story between 1,000 and 5,000 words long in which someone or something is viewed as some kind of monster (though whether it really is a monster is up to the author).

Remember last issue’s record of 480+ entries? Hah! This contest blew that record apart with 631 contest entries. Of those entries, we chose six stories for prizes.

Two of our prizewinners have had a story published in OTP before, and one has had several mini-contest entries published. The other three authors are new to OTP. Four of this issue’s stories are speculative fiction and the other two are real-world stories.

Leila doesn’t mind having a monster under her bed. Aside from the occasional outburst of sulfurous flatulence, he’s no trouble at all.

He was nobody I knew from neighboring homesteads or that I ever saw in town. Finding him in my house brought my heart up into my throat.

Thirteen in all including Allie. Allie was number six. He’d refined his craft by then.

Farrah wanted a boyfriend (or even just a date) where she could be unapologetically a werewolf.

“Baaba is at the mosque, he’ll see you there.”

“You know we aren’t allowed in God’s house.”

The rusty knob rattled. No, it didn’t simply rattle, as if slapped by a paw. It turned, slow and deliberate, first clockwise then counterclockwise.