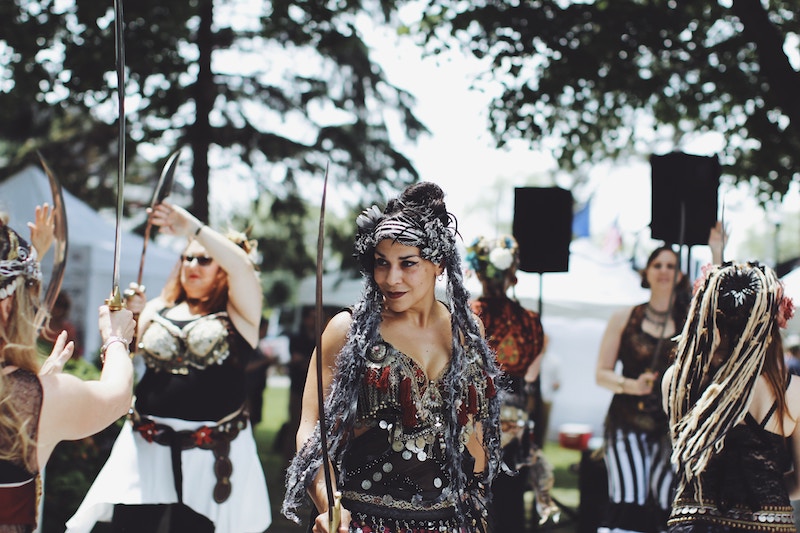 The premise for Issue #30 was

We challenged contestants to write a creative, compelling, well-crafted story between 1,000 and 5,000 words long in which the concept of “community” plays an important role.

We received 202 contest entries and chose five stories for prizes and one for inclusion in the “guest writer” category. Though two of this issue’s authors have won prizes in mini-contests, none has ever had a short story published in OTP before. Two of this issue’s stories are speculative fiction, three take place in the real world, and in the other… well, you be the judge.

“Trotsky would have you—and me—learn many lessons. You are learning valuable lessons everyday here at the house.”

Standing on the auditorium’s concrete loading dock, the stage manager glared at me like I was a blackhead she wanted to pop.

The Playmodalities™ experience, he assures them, will give their exceptional daughters the opportunity to enter a larger arena than their lives have thus far permitted.

Becoming pregnant was the best idea Sonia had ever had.

Before he became one with the south field, Gramps would spend a lot of time with me, telling me stories and singing old songs. I missed him. I wouldn’t forget my promise to him.

The ashlings and mummies had been at each other’s throats for weeks, ever since King Farralus and his Court of the Embalmed arrived.

GUEST WRITER: A Salt on the Rise, Benjamin Smith’s speculative story about a problem-solving bureaucrat in a particularly complex afterlife.