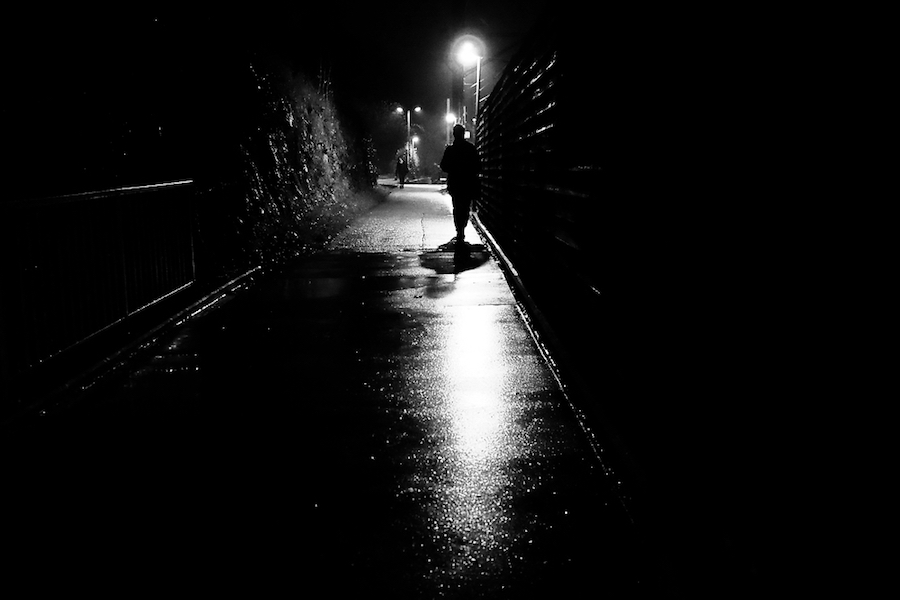 The premise for Issue #28 was

We challenged contestants to write a creative, compelling, well-crafted story between 1,000 and 5,000 words long in which the concept of “darkness” plays an important role. Contestants could interpret “darkness” any way they wanted–literally, metaphorically, or any other way. Darkness didn’t have to have a value judgment attached to it, and it didn’t have to be symbolic in any way, although it could.

We received a record-breaking 403 contest entries and chose six stories for prizes. One of our prizewinners has been published in OTP before (numerous times, in fact). This issue also presents stories from two guest writers and a special bonus guest writer (namely, OTP’s founder). Out of this issue’s nine stories, five are speculative fiction and four take place in the real world.

Cutting was a weekly sport in the camp where you were stationed.

“Got the rope?” she asked. I nodded and she chewed her lip. “Come up,” she said, “Got something to show you.”

When prayer became impossible, Irene silently repeated the things she was sure of.

The shadowy stroke on the old paint was mine, my wife’s, and our children’s handprints all stirred together by time.

There is something ominous about this place. In the middle of a suburb, yet not one car had passed nor was there any light to be seen.

“I must work alone,” she said, knowing Sinclaire would not understand. “Captain, I cannot sow in the presence of others.”

“She wants to meet you. I kinda told her she can come over tonight.”

“You can kinda tell her you changed your mind.”

GUEST WRITER: A Woman in the House, Mike Beasley’s real-world story about the tense relationship between a stubborn old man and his not-good-for-much son.

“This is Amina,” introduced Aunt Norah, giggling like a schoolgirl. She was my least favorite aunt, an opportunist who masqueraded as a problem solver.

GUEST WRITER: The General, Noel Cheruto’s real-world story about the price of political power in Kenya.

Above the glass, a wooden sign with white, hand-painted letters hung from two iron hooks soldered into the wall. The sign said: IN CASE OF DOUBT BREAK GLASS.